What a weekend! Penzance’s biggest of the year and boy did it shine! We had an amazing time meeting so many of you, as thousands and thousands of visitors flooded the town for Golowan. It was wonderful to see how many people visited our stand on Market Jew Street to find out more about Plastic Free Penzance and how groups used the parade to raise awareness. The weekend was always going to be a huge challenge for us and we’re so proud of our community for rising to it.

The aim this year was to promote refill and raise awareness, doing what we could to reduce the festival’s impact. Given we were set up after the contract for the festival was awarded we were limited as to what real changes we could make … but the Golowan team’s support has been second to none in trying to do as much as they could in the time they had. They encouraged refill by trialling reusable beer cups, not buying any more single use water bottles and installing a stand pipe for parade goers to use instead. They sent a clear message to traders that the town was trying to reduce single use plastic and not to use or sell it, if possible. They responded to community requests to tackle helium balloons by not inviting sellers along and they brought in extra recycling. The message to festival goers was also clear, as they helped hand out individual action plans on how to reduce single use plastic, asked us all to use re-useable items and dispose of our litter properly.

But of course when your town’s population at least doubles, and especially when we’re all outside enjoying the sun, there is still an impact. And it is still a huge one. Scenes of plastic littering the prom on Saturday night, despite the extra bins and litter pick-ups, were deeply upsetting. Scenes of the litter volunteers had collected in bin bags being ripped apart by gulls and strewn on the floor, deeply frustrating.

But this is where our community came into its own. On Saturday night, first thing Sunday morning and right through to the evening an army of volunteers hit the seafront in response, to pick up plastic. From Nina who hit the beach under the prom on Saturday night to pick up rubbish, to Lee who pounded the streets at 2am with bin bags, to the Battery Belles who got up the next morning and beach cleaned … plus the dozens of plastic pickers who patrolled the prom, fair and gardens on Sunday afternoon and evening. This is where we saw a real difference

The angry reaction to the scenes of litter showed a deeper awareness and call for change than we have seen before. The community response to get out and clean up as much as it could was hugely inspiring and shows a commitment to making our town a better place. That’s where the progress was. We are hugely grateful for each and every person who tried to minimise the impact in whatever way they could, be that buying a reusable beer cup, picking up litter or refilling their water bottle. We are also pleased that this year people noticed the blight of single use plastic.

So what now? Well we are already discussing next year’s contract with the council and will be meeting waste management bosses. As part of Penzance Town Council’s commitment to the campaign they have resolved that contracts will have single use plastic stipulations within them and we look forward to working closely with councillors on what that will look like for Golowan. Among other things we will be calling for more bins and waste collections and for more litter pickers, ideally some provided by the businesses who trade along the Prom and Quay during the festival.

Reducing the impact of single use plastic in our town is not going to happen overnight and we are committed to doing all we can to bring about long term change. The biggest thing that needs to happen is culture change. We all need to take personal responsibility for what we use and how we dispose of it. Many, many more of us did during this year’s festival. Thank you x 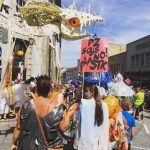 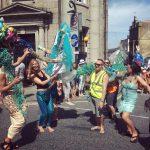 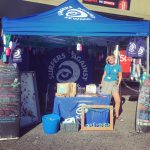 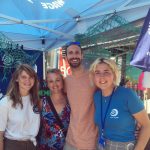 A cup for the whole weekend! 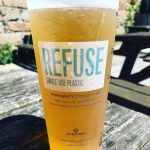 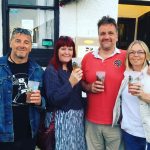 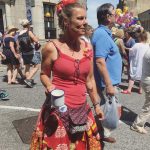 Going one step better – a carabina mug from home! 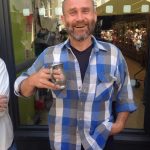 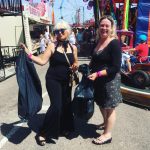 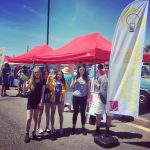 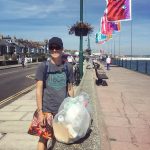 Annette travelled from the Lizard to help 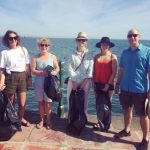 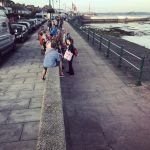 What a difference. Sunday night on the prom.

❗️PackSwap won't be able to open this weekend.

💙 Here’s a great way to cut the eco impact of

🍻 Great to see the The Lamp & Whistle reopen it